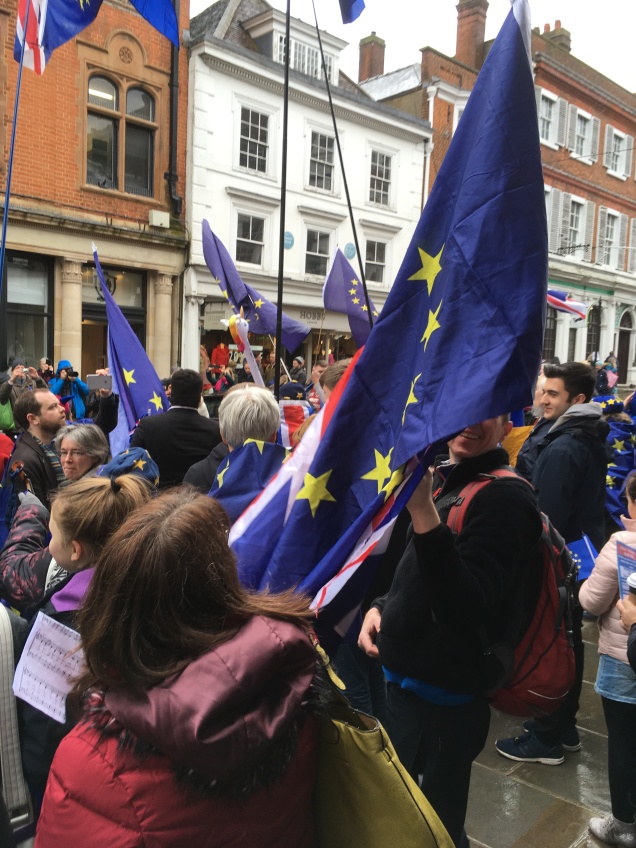 Here, I thought I would write a few observations having recently talked to several people who supported Brexit.  Conversations that were as civil as if they had happened in a church vestry.

Although the language used in published Brexit document, either from Whitehall or the European institutions is dull, measured and technical it’s soon turned into emotive hyperbole by the media.  The mundane horse-trading that is part of normal negotiations is hijacked by brain numbing capital headlines.  Sterile legalistic words suddenly become personal attacks and vengeful actions.

Its like there’s an insatiable need to turn administration into high drama.  None of this media magnification and political hype helps the process one little bit.  Its happening and all parties are doing it, but the aggression and sharpness is greater on the pro-Brexit side.

What I find astonishing is the emphatic and dogmatic way in which some of those who voted to Leave the EU speak and write.  Language is coloured by absolutes.  There’s little attempt to understand that a considerable number of people disagree with leaving the EU.

Finding words to characterise the situation, what comes to mind is that it’s like a mock civil war being fought in thick mud.  Life changing and messy but recoverable if some good will can be found.

It seems both camps agree we have an incompetent Government implementing the process.  Upheavel without benifit is a costly way to roll the clock back.

As huge generalities, a couple of points are clear to me.  These get more acute the older people get.  One: the British people never like being told what to do especially when its written down.  Order is preferred over chaos but don’t make too many rules.  Two: complaining is not the natural British way.  Bottling up unhappiness’s until they explode is far more the British way.

Brexit will fail because its twisting and turning and tying itself up.  Most fundamentally it’s not dealing with the real reasons for people’s unhappiness.   The public will give their vedict in the end.  In fact, they may do that sooner than the pudits think.

These notes may be extremely useful if there is a referendum on the final Brexit deal.